The eternal question when it comes to the Federalist Society is whether the students are trolling at maximum force or just oblivious. On the one hand, outrageous provocation is the coin of the realm in the conservative legal movement where getting publicly fired for telling your coworkers that you “hate black people” is just the first step to a federal appellate clerkship. On the other hand, FedSoc members don blinkers to keep themselves sheltered from all the wrongthink that higher education and book-learnin’ can introduce, leaving them more than a little clueless at times.

The reality is a toxic melange of both.

From the people who brought us the trap house incident, Yale Law’s FedSoc offers this follow-up: 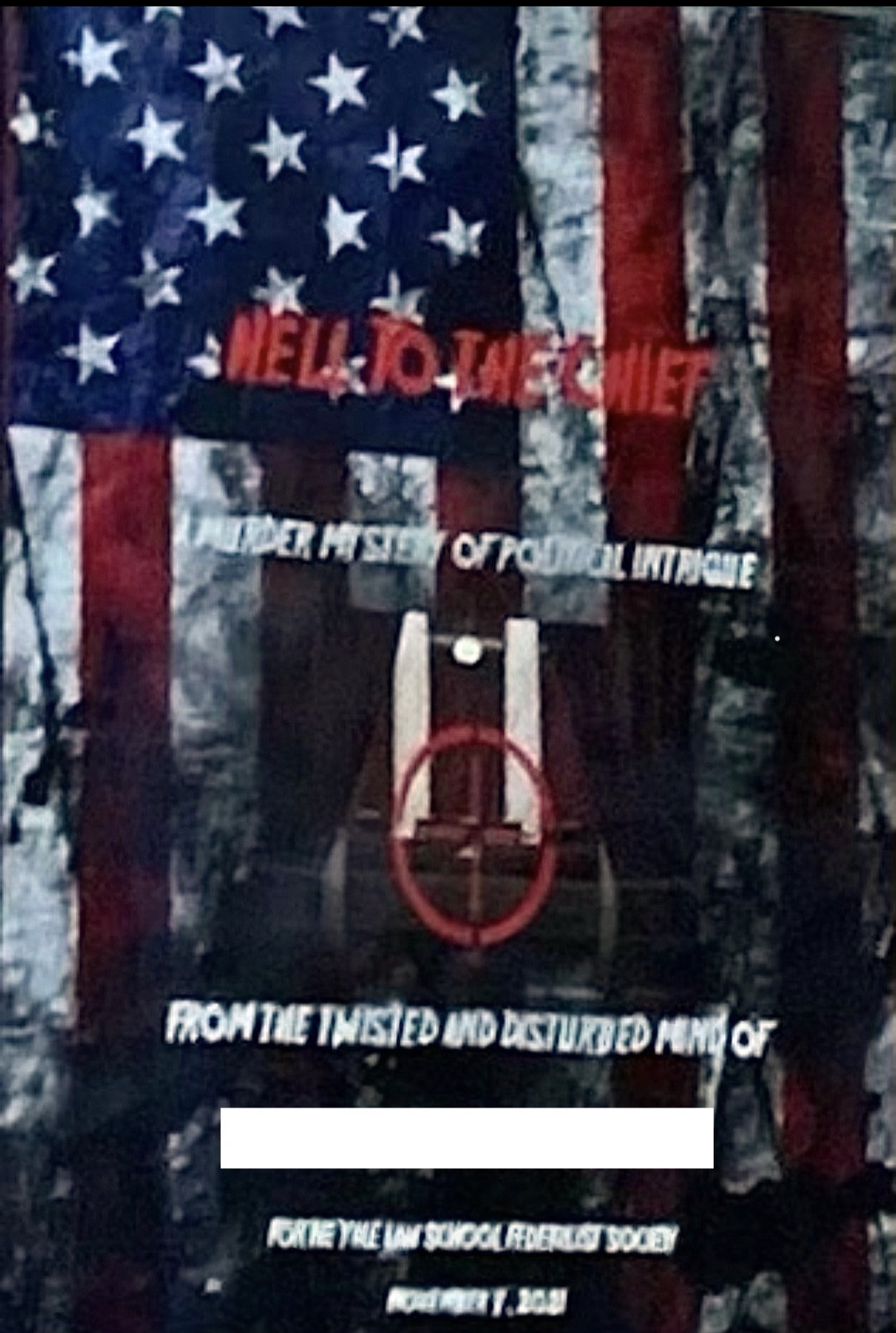 Obviously nowhere near as problematic as an official organization’s event planned around racial stereotypes, so… small miracles! But here we have a murder mystery based on killing a president thrown by this group in the months after their fellow travelers stormed the Capitol forcing the evacuation of the Vice President. I guess Yale’s chapter is less sensitive about being associated with coup imagery than the Stanford whiners who tried to disrupt a 3L’s graduation for a parody pointing out how knee deep the national organization was in the insurrection.

And this is why Yale administrators suggested that the “trap house” email coming from FedSoc magnified its impact. It’s hard not to see bad faith in a group with all this baggage they gleefully pack for themselves. Whether intentional trolling or obliviousness doesn’t really matter at that point.

What is a felony? | Attorney at Law Magazine

Is it Legal To Ask for COVID-19 Test Results? – FindLaw – FindLaw

E Pluribus Unum: The Supreme Court Continues to Defy and Debunk its Critics

Court on a Hot Tin Roof: Airing Out “the Stench” from the Oral Argument Over...